These are islands in time – with nothing to date them on the calendar of mankind. In these areas it is as though a person were looking backward into the ages and forward untold years. Here are bits of eternity, which have a preciousness beyond all accounting. – Harvey Broome

The Sixty-One Park Farmhouse is over 100-years-old and we fell in love with it the first time we saw it. We are two families, the Hackshaw family and the Perkins family, who came together to save a beautiful old home. It took over a year to restore it to its former glory and bring it up to date with modern comforts.

Every single aspect of the farmhouse has a story behind it. Reclaimed materials and eco-friendly products have been used throughout. All of the farmhouse interior doors are either original or salvaged from the old Whittier Hotel, a nearby railroad whistlestop.  All artifacts found on the property during excavation have been saved and displayed.  The Plott family has generously donated the old railroad desk and ticket hutch once used for the running of the local Bryson City train depot.

We are so excited to share this farmhouse with others and we hope you love it as much as we do!

The railroad first came to Bryson City (then called “Charleston”) in the 1880s and it changed Western North Carolina forever. By the early 1900s there were four passenger trains that ran daily between Asheville and Murphy, with Bryson City being a stop along the way. The Sixty-One Park Farmhouse played a small part in that railroad history.

With so many families having gone through the farmhouse it was inevitable that we would find a time capsule of  layers. Here are the early farmhouse families and their stories: 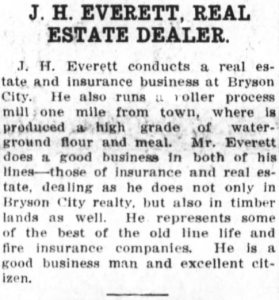 The Sixty-One Park Farmhouse was built in 1911 by J. H. Everett, a local Bryson City businessman. In a 1910 clipping from the Asheville Gazette-Times, Everett was described as a good business man and excellent citizen. He owned and lived in a large Victorian mansion just a few lots over from the farmhouse, where the First Baptist Church now sits. Sadly it was torn down years ago.

LJ and Sue Moody bought the farmhouse in 1912 for $1,737.  Four years later Sue Moody purchased the lot next door for $250 to combine the property.  Census records show that LJ Moody changed occupations over time. In 1910 he listed himself as a logging foreman, then in 1920 a retail merchant, then in 1930 a farmer. In February 1915, LJ Moody filed for bankruptcy. Lewellyn “LJ” and Sue Moody sold the Sixty-One Park farmhouse a little over a year after emerging from bankruptcy. They lost about $337 dollars on it, a large amount in early 1900s.  They didn’t move far according to the 1920 census records…just one street over. By that time LJ had become a retail grocery merchant in Bryson City, and added two new son-in-laws and three boarders to the household, all working for the railroad in some capacity. The farmhouse used to have two entrances, one being used by railroad boarders.

Vascal and Grace Williams purchased the farmhouse in 1925 and lived there until 1942 with their two young daughters. This photo was taken right around the time they purchased the house on a “no name” street. 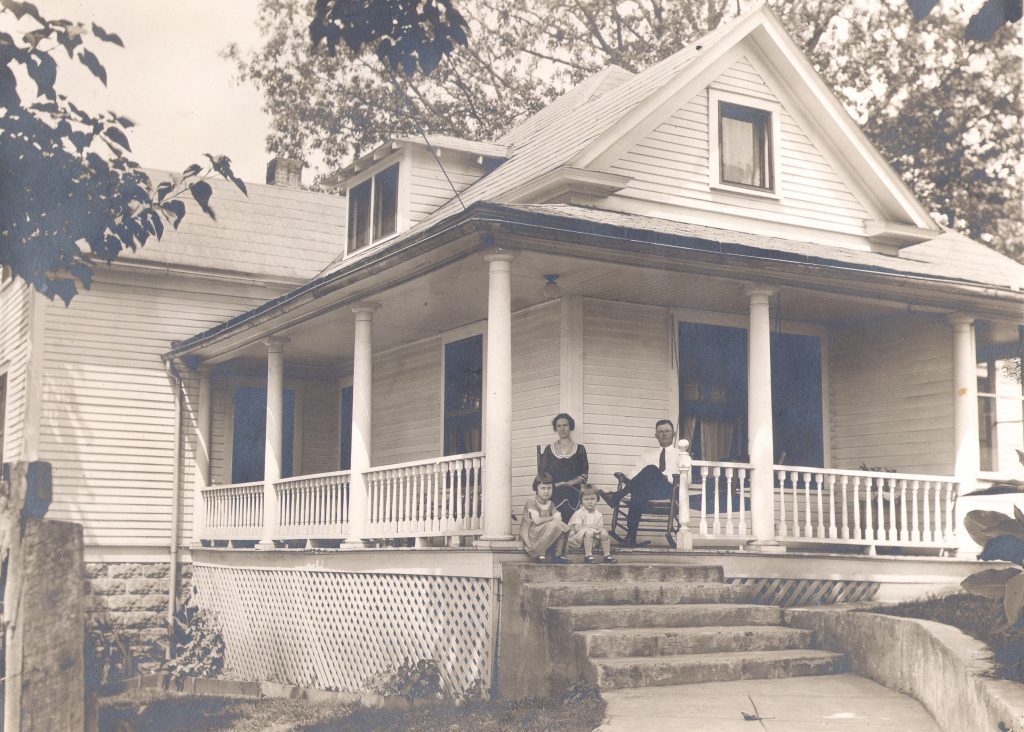 Most of the Williams’s closest neighbors were farmers or railroad workers and Vascal worked as a lineman for the Western Union Telegraph Company. He worked for them for 47 years. A lineman would have been responsible for installing, maintaining and repairing telegraph lines. In smaller towns a lineman might have been responsible for taking in messages and delivering them too….which I imagine Vascal did because there wasn’t a Western Union office in Bryson City until 1930.

The history of Western Union is really fascinating….especially as the telegram fades into history. Around 1900 Western Union had over a million miles of telegraph lines, and two lines running under the ocean. 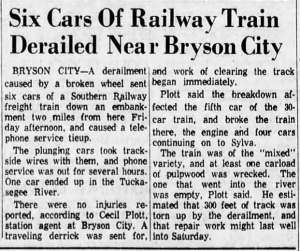 Cecil and Mildred Plott purchased the house in 1942. Cecil Plott worked for Southern Railroad and was the station agent / telegrapher for the Bryson City train depot. The 1940s was the peak of railroad freight traffic due to the construction of the nearby Fontana Dam. One of the small farmhouse upstairs bedrooms was Mr. Plott’s railroad office. According to his son Tom, Cecil had a small desk in the room and a little shelf outside the window that held a bird feeder. Cecil also owned a pickup truck that was the railroad’s “express delivery” service. That meant if something came in on the train to Bryson City that needed express delivery Cecil would load it into his railroad pickup and deliver it personally ASAP.

Tom and Judith Plott have generously gifted the house Cecil’s old telegraph machine the old ticket cabinet that used to sit in the old Bryson City Depot. They are on display in the farmhouse: 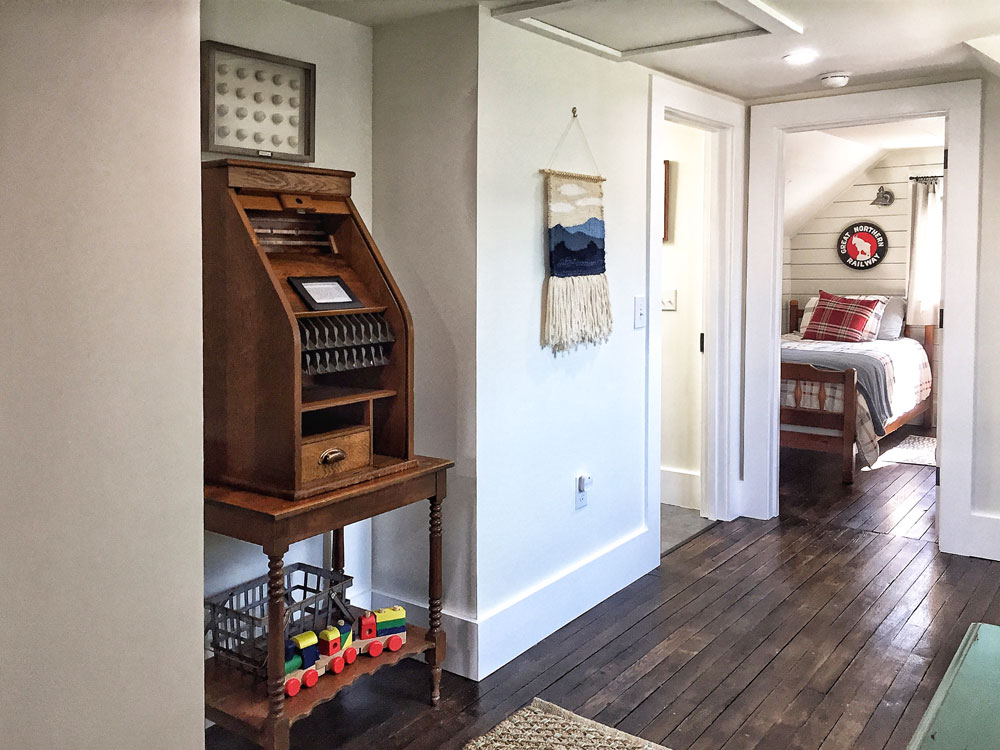